6 killed in fake encounter in Manipur

Six NSCN-k (Nationalist Social Council of Nagaland - Khaplang) cadres have been killed by the Assam Rifles  in a fake encounter in Senapati district in Manipur. The NSCN-K cadres are currently in talks with the Government and so were not involved in any violent activities.

On Saturday, the CO of 10 AR(Assam Rifles) had invited them over tea in the Longmai village, Tamelong district. They had gone in civilian clothes. On Sunday morning, the troops of 10 AR had claimed to kill militants in Tamelong district. They had killed these cadres. The dead bodies were dressed in camoflague and had arms when they did not take any. 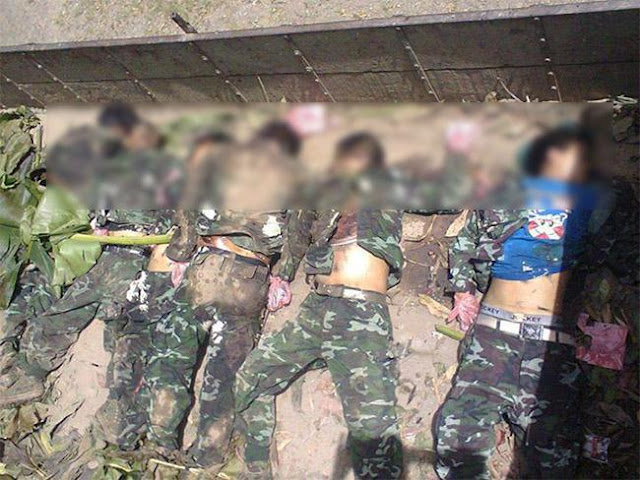 According to Nagaland Post, the MIP of NSCN-k has condemned this fake encounter. He said that they had responded because it was a friendly invitation for a friendly meeting. But this has turned out to be one of the biggest betrayal.

He is right. When peace is possible, why is violence being used? The separatists are ready to talk, they are ready to negotiate, adopt peaceful methods, why is the Indian army and state adopting violence? who is the evil then?

Posted by Repeal AFSPA at 20:33 No comments:

Email ThisBlogThis!Share to TwitterShare to FacebookShare to Pinterest
Labels: 6 killed in fake encounter, manipur news
Newer Posts Older Posts Home
Subscribe to: Posts (Atom)
This is the official Blog of Save Sharmila Solidarity Campaign, a nation-wide campaign in support of Irom Sharmila and for repeal of AFSPA